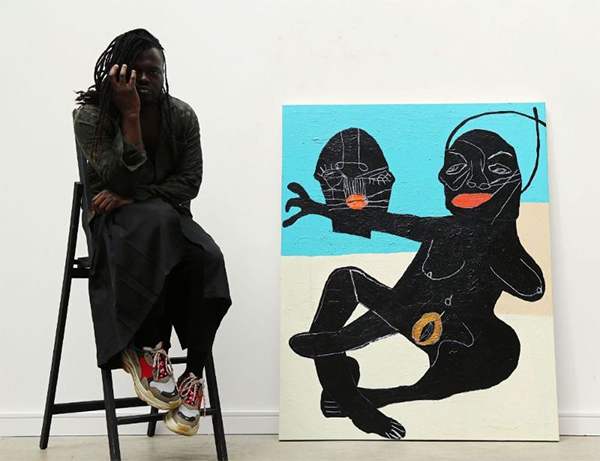 Adébayo Bolaji - TOPIA - A re-invention of the self

Press and Collector Preview is from Tuesday 17th September, with a Private View on Thursday 19th September, and runs until 20th October 2019.

Bolaji’s work is led by his earnest curiosity, constantly challenging his ideas before turning his questions towards the viewer. Themes such as the birth of social media, the selfie, Brexit, gender debates, climate change and celebrity presidents, help drive this eye-catching solo show, which consists of new works that invite the viewer to consider the many different worlds that exist in today’s contemporary society and how the need for reinvention has created hope but also unease.

In addition to Bolaji’s signature colour-driven paintings, the exhibition will premier his new film POEM 4, which centers on a young Instagram model navigating her way through social media concepts of reality, whilst questioning our ideas of control and identity. This immersive exhibition will transform the gallery space into a secret cinema of reality where figurative painting expresses classical storytelling motifs fused with ideas from West African folklore and western theatre – all parts of Bolaji’s own past.

Sigmund Freud cited play as a means of healing: it allows for the expression and reconciliation of unconscious emotions and anxieties. This is an apt metaphor for Bolaji’s paintings, which he describes as a form of psychoanalysis: where colourful, animated canvases unfold organically from within. His fundamental process can be characterised as a liberating play, utilising his instinctual choice of colour and his emphasis on following and trusting the line.

Bolaji enjoys engaging with both ritualistic and mystical imagery; depicting struggles both internal and external between the old and new.  The images act as metaphors for the conflict we all experience whilst establishing our own emotional identities.  The use of the same vibrant language is a constant element narrating a different story within each painting, each looking inward in order to comment on the external world. The artist questions if his cathartic practice can provide a therapeutic function for both himself and his audience. 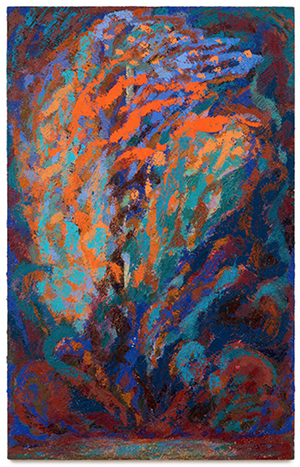 The paintings in this exhibition were inspired by the silence and solitude of two outwardly unremarkable locations. I am deeply grateful to these ordinary places in which my mind is able to wander in meditative reverie; attending to shifts of light, temperature, scents and birdsong – their repeated sensory input generating my colour spaces. A harmony is created through balancing the visual rhythms and hues; an orchestration of chromatic relationships into a unified whole. This re-alignment of mind and spirit forms the content of my art and vision. There is a tranquility that emerges through the flux of creative decision-making, a sudden gift. 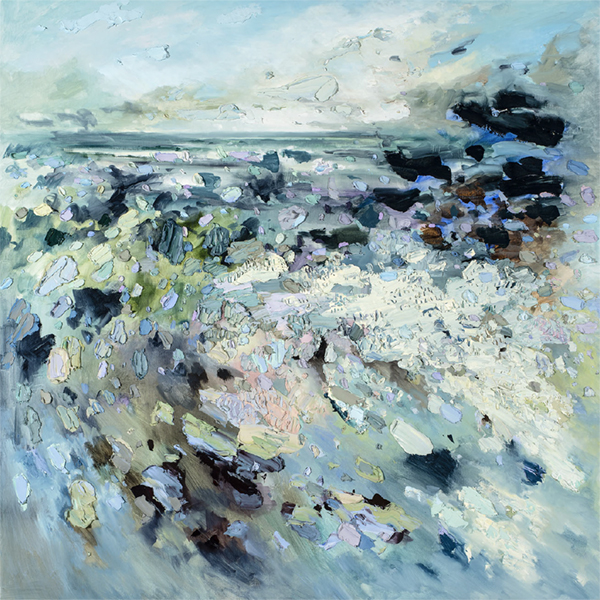 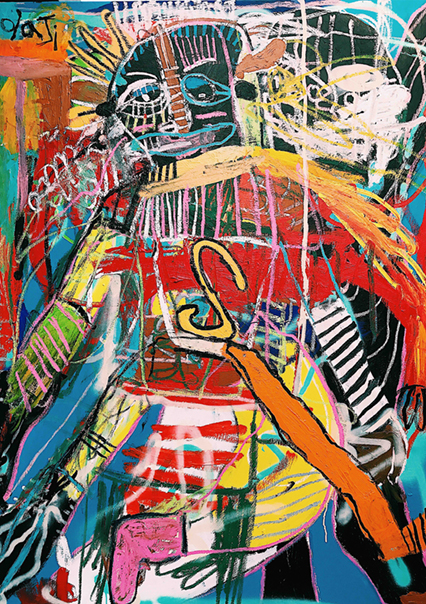 Optimistic – The Power of Now 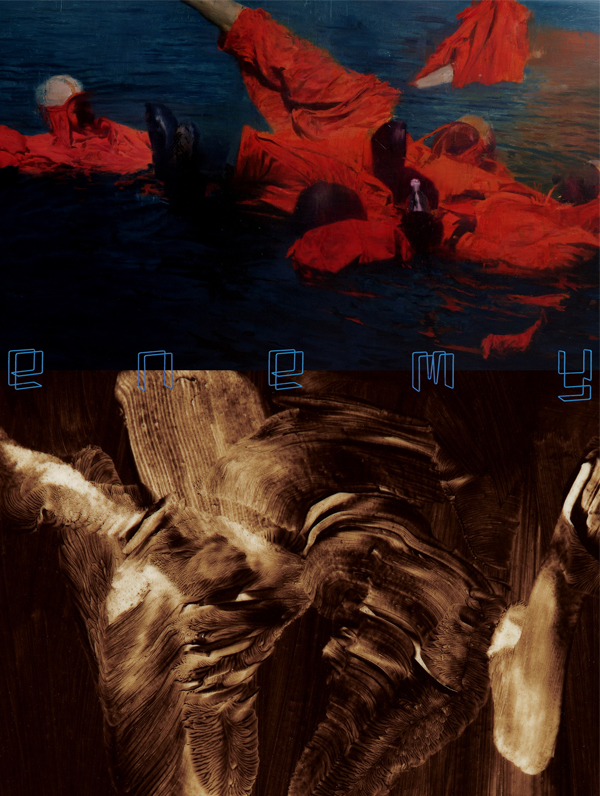 We are pleased to announce that Jim Threapleton alongside Phil Hale will be bringing together new work for the exhibition ‘Enemy’, running 29 September – 11 November 2017

Nuclear paranoia, religious fanaticism, economic and ecological catastrophe — a new age of anxiety has re-animated the existential concerns that shaped cultural production in the post-war years of the twentieth century.
This exhibition of painting indirectly alludes to the contemporary disquiet of extreme polarities through the antagonism and friction between representation and abstraction.
While Hale and Threapleton navigate opposing states, they are bound together by a visual language that animates a precarious, volatile, and profoundly unreliable territory. 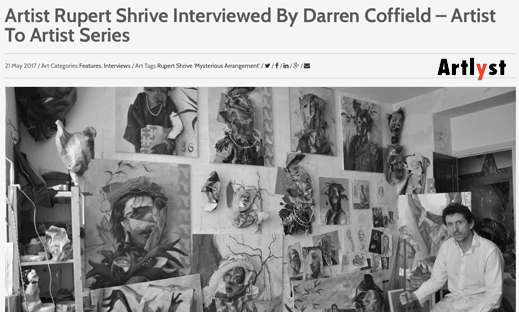 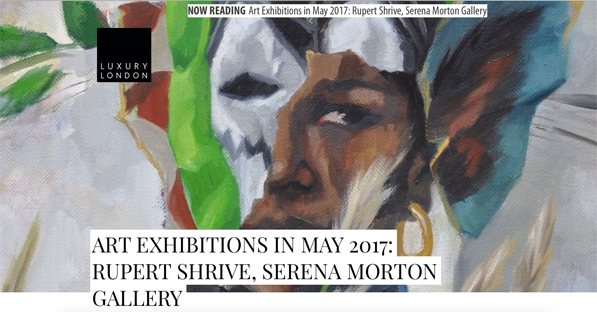 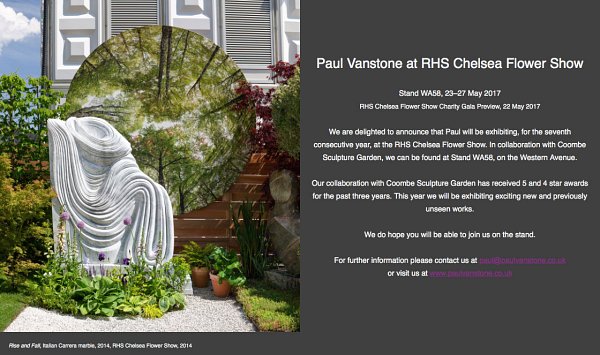 We are delighted to announce that Paul will be exhibiting, for the seventh consecutive year, at the RHS Chelsea Flower Show. In collaboration with Coombe Sculpture Garden, he can be found at Stand WA58, on the Western Avenue. 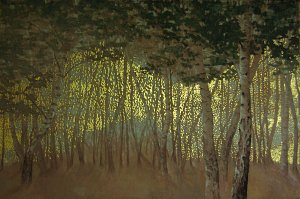 Angus Hampel’s works are recreations of trees. They are more than naturalistic and show what we see and what we feel when we see. It all depends on where you stand. Suddenly olives appear like fireflies, birds flash before our eyes and golden suns fill us with wonder.

The muted warm colours conjure ideas of peeling Italian frescos. The forms feel more Japanese. Trees come into being and recede into red earth and watery sky. Like the people in ‘Hidden Trees’, if we don’t stop, we’ll miss it all. 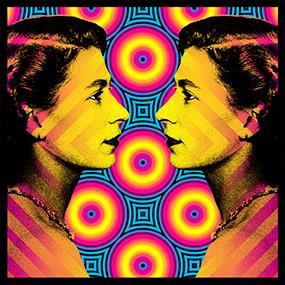 Time weaves its way through ‘WAVES’ in various forms. The viewer controls the passage and direction of time and animation in the lenticulars, as they move past the object. Whilst the silkscreen prints are individual grains of time, when they are photographed and technically compiled, the print series takes on a new animated life. The 3D Light box (the first of its’ kind in the United Kingdom) is one moment in time, captured from 250,000 different angles. The result is the viewer is given giving a fully three dimensional experience. 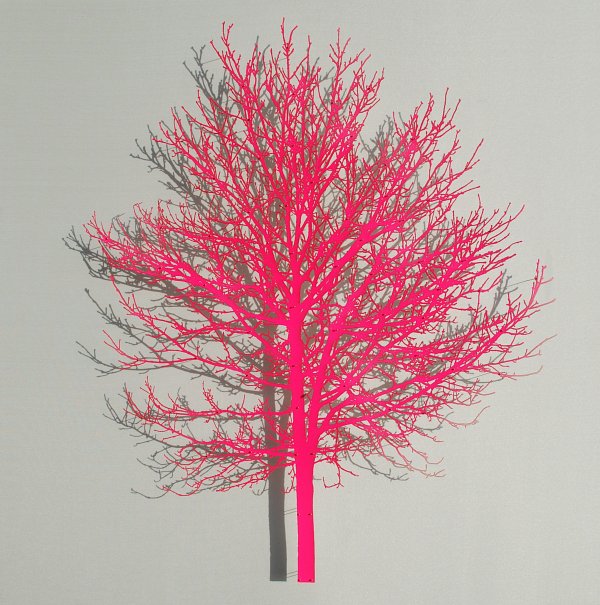 Emma Levine 'Space Between Us'

Emma Levine studied Fashion at Central St Martins and worked in Paris and India where she honed her distinctive textural and colour charged sensibility.

Neon silk combined with intricate laser cut screen prints in sensational colourways resonate exquisitely. She has an original practice that uses technology combined with hands on artistry to create soulful contemporary work that is becoming increasingly sought after.

6ths by Haberdashery and Julian Abrams 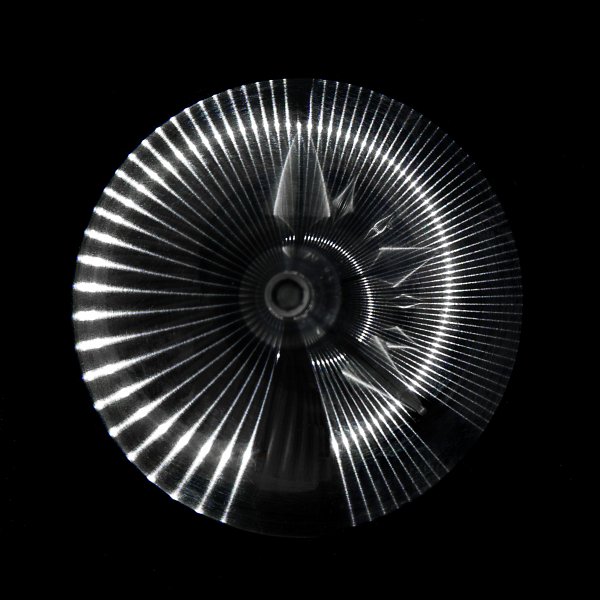 The design studio Haberdashery and photographer Julian Abrams explore the infinite potential of light. Their collaborative work dips into a kaleidoscopic world as highly reflective stainless steel rods, ball bearings and controllable LED lighting are manipulated by simple geometry – isolating light and eliminating everything else. Julian Abrams translates these sculptures into two dimensions through his photographic work. Toying with the viewer’s perceptions, the photographic process transforms the sculptures from 3D structures into otherworldly patterns. The shift in medium questions the veracity of the image, leaving the viewer curious yet mesmerized.

This collaboration marks the meeting of two very opened minded entities. Although they have worked together for years, in this project both Abrams and Haberdashery manipulate light and mould it to suit their own curiosities.

Serena Morton is proud to present this first exhibition in her new space following the success of her opening Group Show is November. Morton was born and raised in London. After her years at Christie’s, Auction House, (King Street) London, she became known as a curator before launching and directing three ‘West End’ contemporary art galleries. In 2012 she launched her ‘Canalside’ gallery at the north end of Ladbroke Grove and at the end of 2014 she opened her new space at 343 Ladbroke Grove as her primary exhibition space. 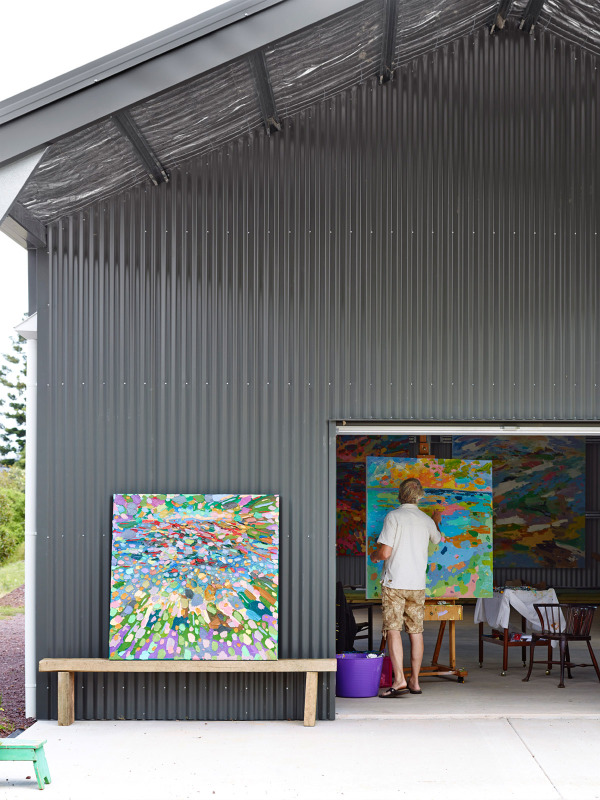 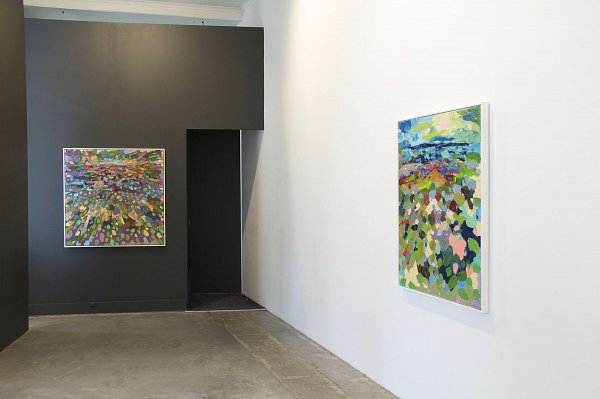 ‘Pioneer’ is an exhibition that draws from Colin Pennock’s experiences as an Irish immigrant and avid traveller.
Canvassing a nexus between geographical and emotional landscapes, the works investigate how we often set out in
search of something external only to find it within ourselves. Swelling with colour, smooth swoops of paint and bold
gestures, the paintings hint at the bulging potential that lies dormant within us all. They precipitate the importance
of looking within – an elemental aspect of Pennock’s practice. ‘A pioneer is someone who goes into the unknown
with confidence in what they have inside,’ says the artist, ‘This is how I approach painting. It is how I have made
my own way.’

CONGRATULATIONS to Robi Walter for a fantastic opening to his Exhibition of collages and drawings at The Gallery Soho in Charing Cross. Huge success. 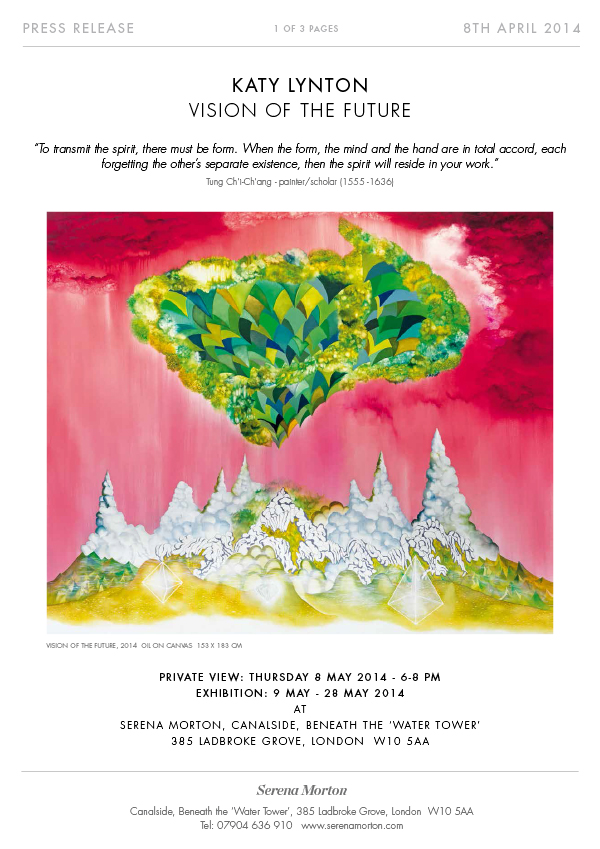 At Hand and Far Away

Serena Morton gallery is pleased to present At Hand and Far Away, an exhibition of new work by London based painter Jonathan Silverman.

Originating in the study of Hindu Temples whilst artist in residence at the International Institute of Fine Art, Modinagar, India in 2012, Silverman’s new paintings focus on the power of symbolic architectures and their exploration through the process of painting.

Beginning in New Delhi, Silverman travelled to Himachal Pradesh in the north, through Madhya Pradesh to Orchha and Khajuraho, continuing to Varanasi in eastern Uttar Pradesh, all the while immersing himself in drawing and painting. Of the experiences that underlie the exhibition he has said:

“With its singing sufis in the square in front of the tomb, the mausoleum of the sufi saint Hazrat Nizamuddin (Nizamuddin Dargah) in New Delhi left a lasting impression. The atmosphere and visual impact of this place was profound, where believers “possessed” by evil spirits come in order to exorcise themselves, their shouting and screaming heard whilst sitting in the square. The sandstone temples of Khajuraho, had a quieter, though no less visceral, effect in my identification with the temples as a potential subject. Covered in a skin of carved bodies and with the colour of the sandstone shifting throughout the day, I began to perceive the architecture as human, organic structures and this notion of temples as living organisms, animated by those who contemplate them, kept me immersed for hours drawing in front of them.

Returning to London, Silverman’s observational drawings functioned as raw material for the paintings now seen in At Hand and Far Away.

“For me painting is a conversation between abstract sensation and figurative representation, and in revisiting the sites and experiences of these temples through the process of painting in the studio, I enter into a process of building and re-building symbolic images in my own and other’s imagination. The temples seem to me to be places of ‘workings out’…they are sites of exorcism and inspiration, of belonging and despair, of solace and affirmation, and all this achieved through engagement in a metaphysical process symbolized and encouraged through a series of visual and architectural prompts. In this architecture I saw a human endeavour to make sense, to deify, to rejoice, to understand. At times I hope painting can allow for a similar project”

“Though my own experience of these temples is secular and subjective, I would like to think that their metaphysical message – conveyed through the beauty of their construction and decoration – is a simple and direct one that I can try to relate to through my practice as a painter. This is best captured in an inscription I saw written in the Lakshmi Narayan temple in New Delhi, a beautiful and simple description of the divine:

It is without and within all beings and constitutes both animate and inanimate creation. By reason of its subtlety it is incomprehensible; it is both at hand and far away. 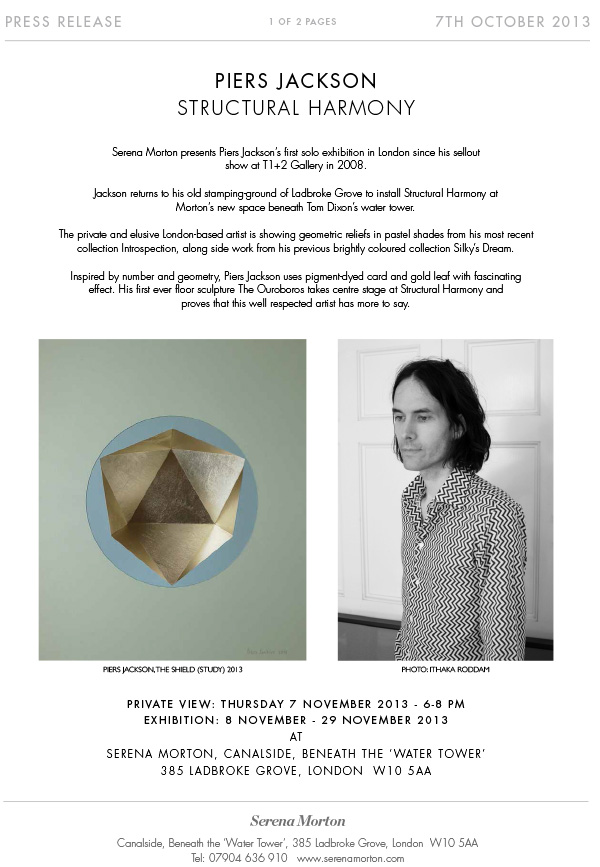 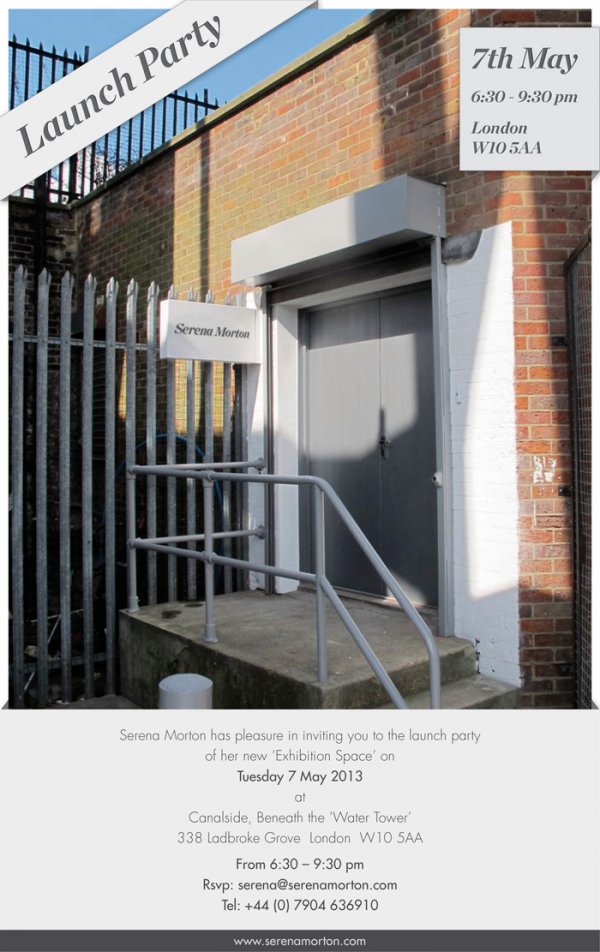 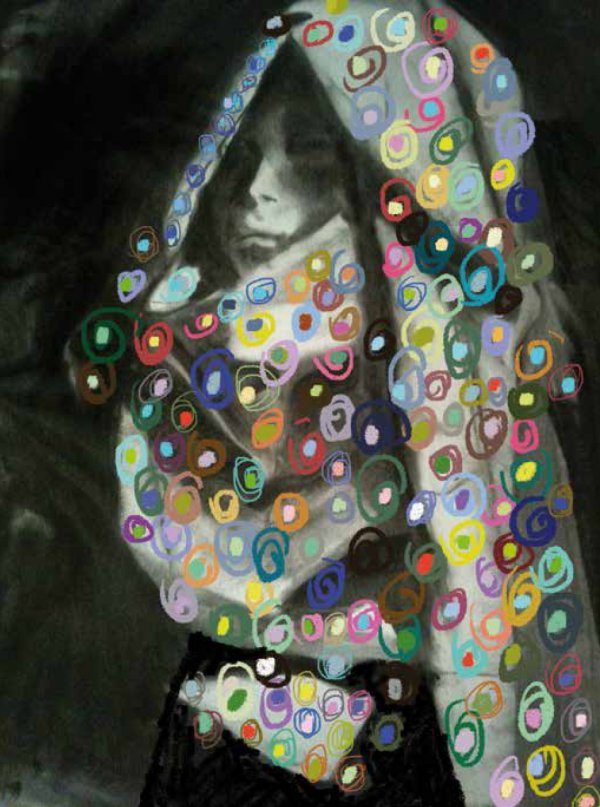 JENNY CARON HALL - ABOVE THE EARTH BENEATH THE SKY

An exhibition of paintings, prints and light boxes 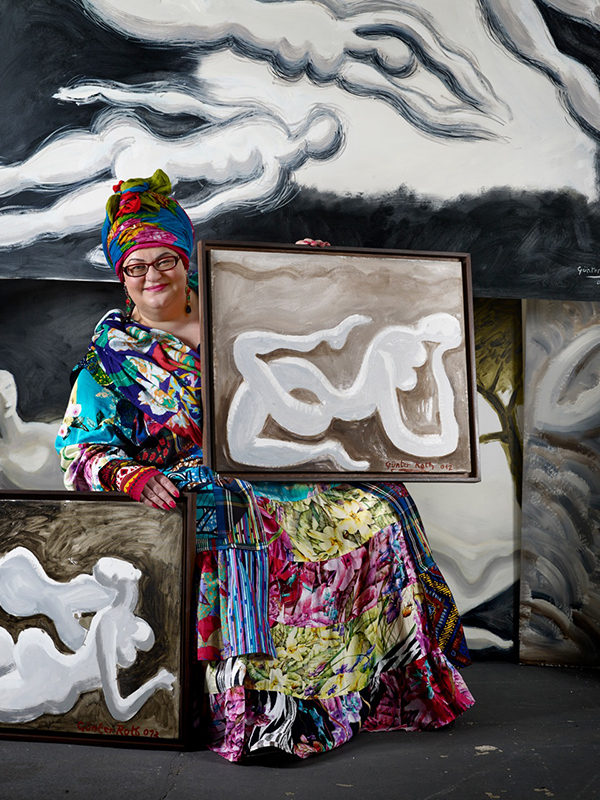 This event is by strict invitation. 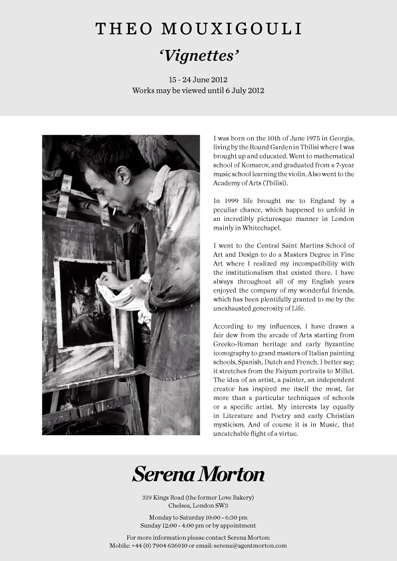 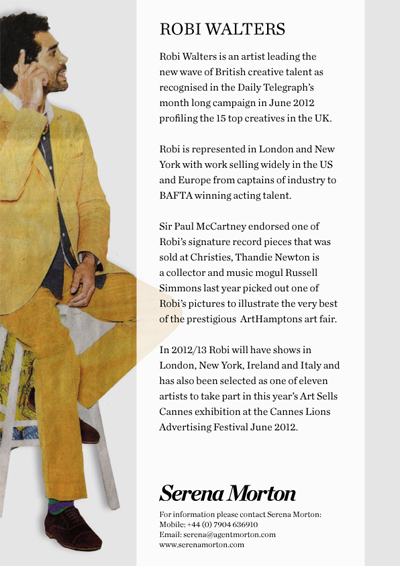 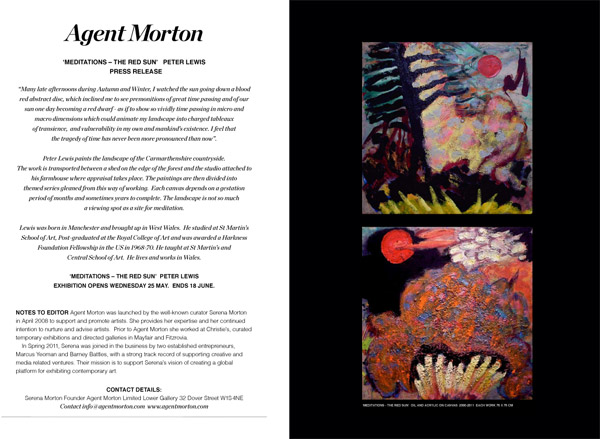 ‘Many late afternoons during Autumn and Winter, I watched the sun going down a blood red abstract disc, which inclined me to see premonitions of great time passing and of our sun one day becoming a red dwarf – as if to show so vividly time passing in micro and macro dimensions which could animate my landscape into charged tableaux of transience, and vulnerability in my own and mankind’s existence. I feel that the tragedy of time has never been more pronounced than now’.

Peter Lewis paints the landscape of the Carmarthenshire countryside. The work is transported between a shed on the edge of the forest and the studio attached to his farmhouse where appraisal takes place. The paintings are then divided into themed series gleaned from this way of working. Each canvas depends on a gestation period of months and sometimes years to complete. The landscape is not so much a viewing spot as a site for meditation.

Chris Levine to be in a Group Exhibition at the Museum of Art & Design - New York City, June 2011 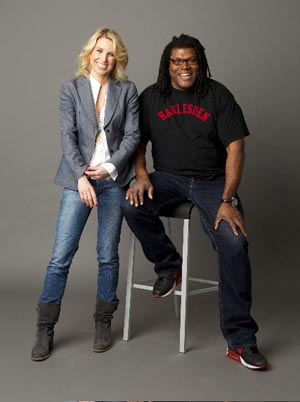