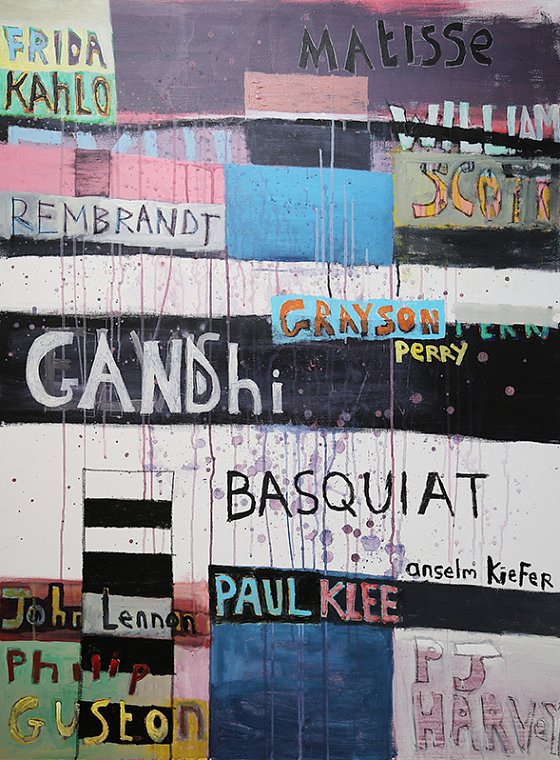 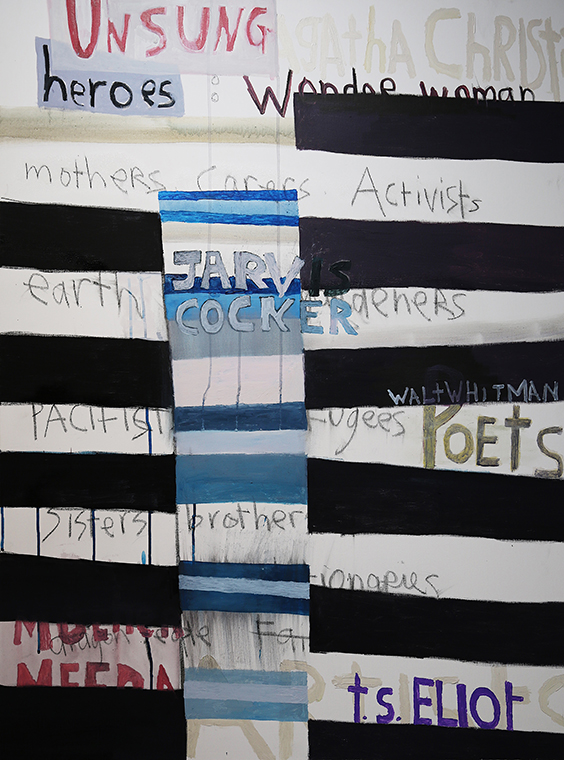 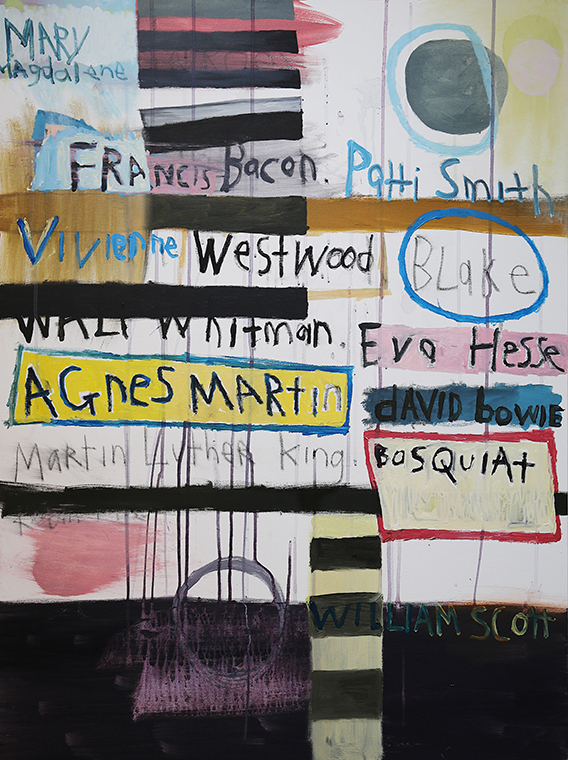 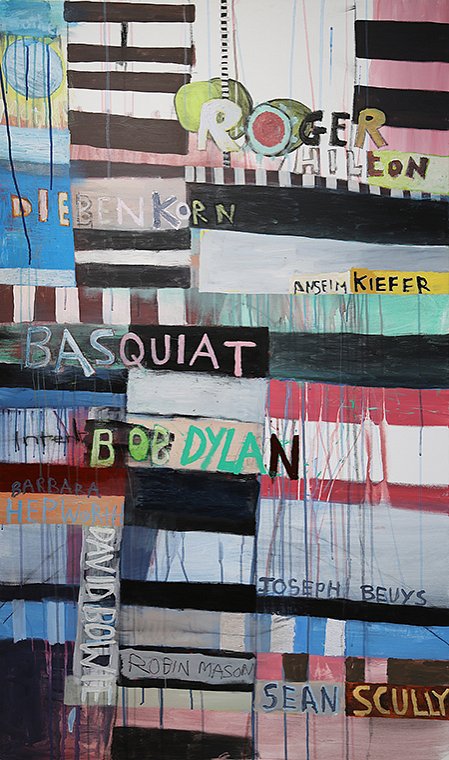 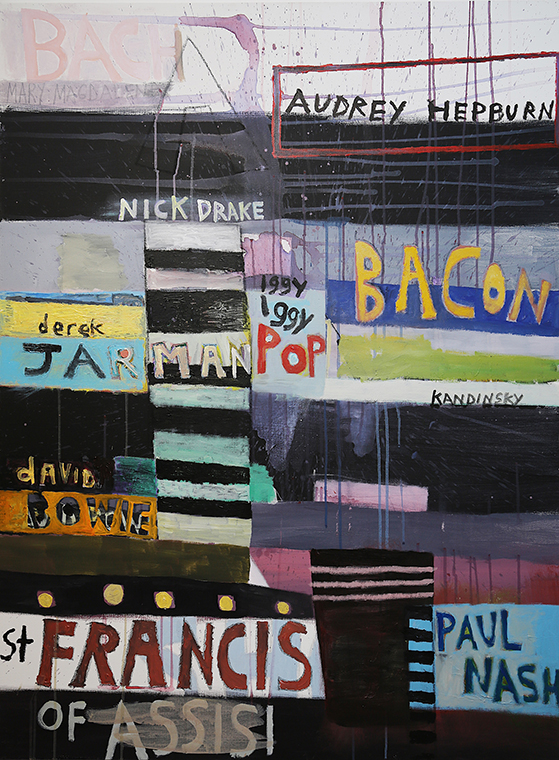 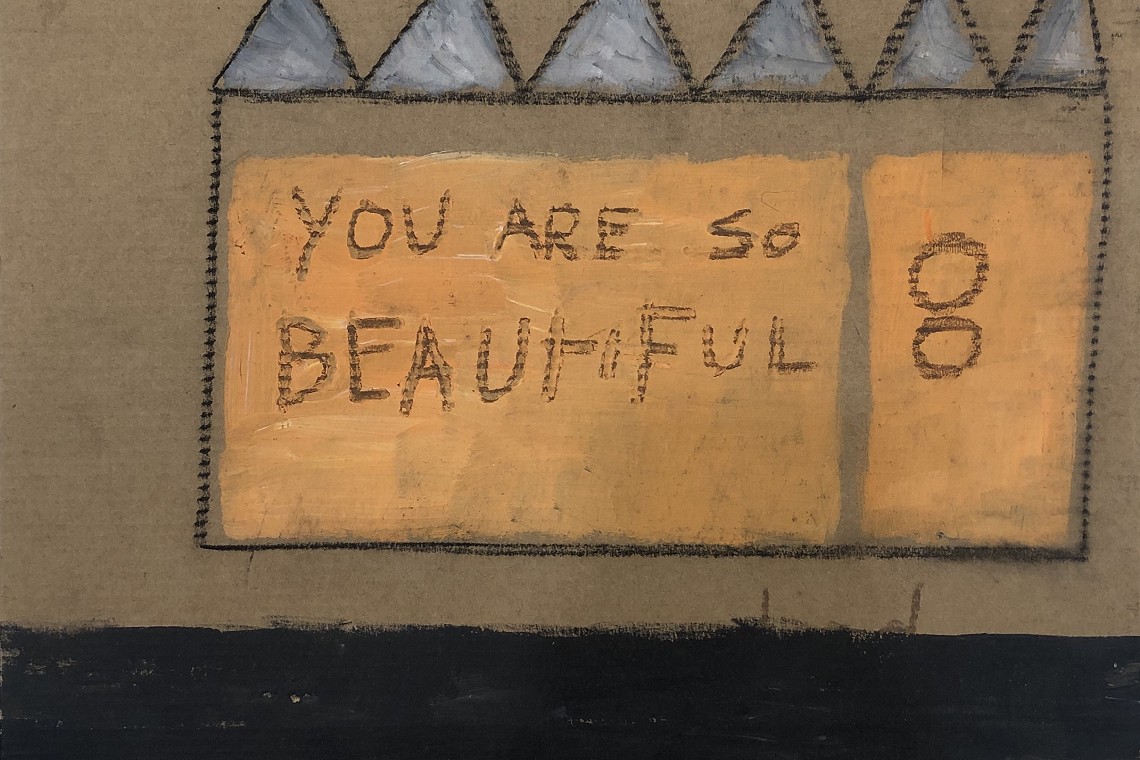 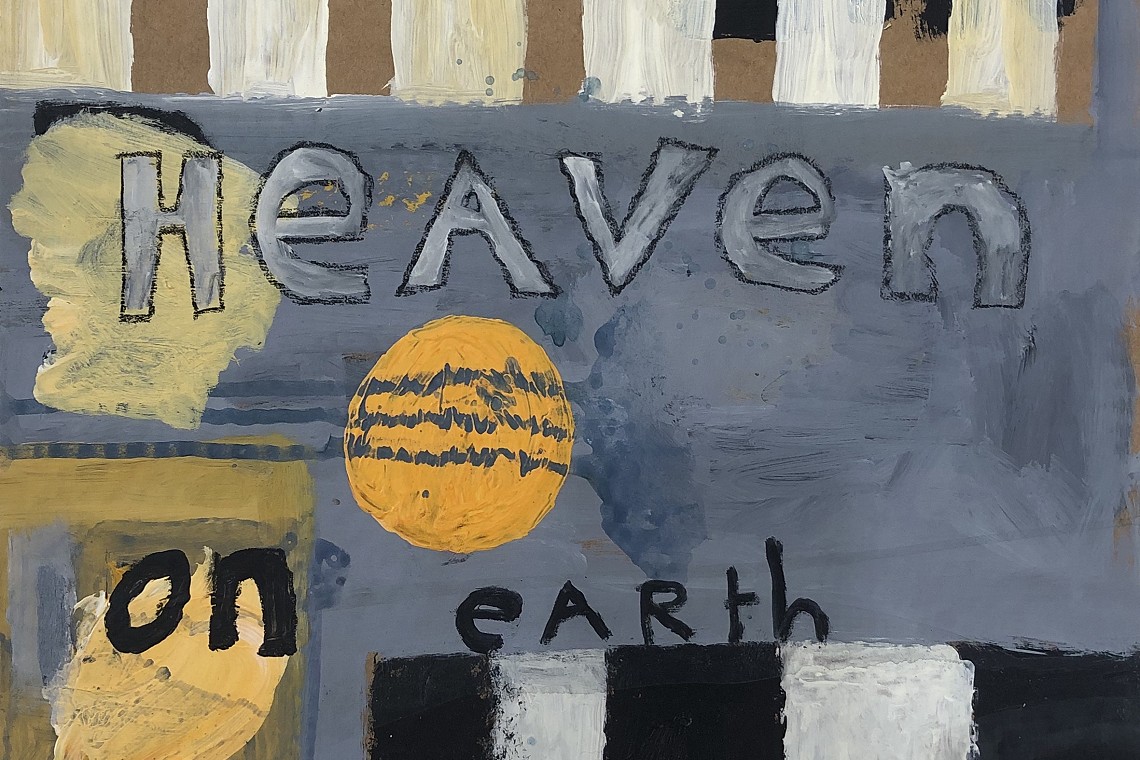 ‘Can memories be made visible?’ is a question that I have been asking myself for over thirty years and perhaps this recent work finally contains the answer. The six canvases, entitled Heroes Journey, are partly a tribute to all those artists, writers and musicians who have touched my life. But they are also a tangible ‘pinning down’ of the memories intertwined with each name: lying on my bed during the first week of art college while Kandinsky’s Concerning the Spiritual in Art’ quietly blew my mind; gazing in awe at the raw theatre of Francis Bacon’s paintings in a New York gallery in the mid 80s; wandering around the Anselm Keifer show at the Riverside studios in the 1990s my head reeling with images of those vast landscapes.

The Heroes Journey canvases, painted this summer while I was on a residency at the artists collective Recentre in Hammersmith, have proved to me that memories can indeed be made visible. Time won’t fade their texture or colour, and they can be (almost) as palpable and powerful in the present as the moments they were formed in the past.

The second series of pictures entitled Messages are made on small pieces of cardboard and reflect my long-standing love and fascination for words. These paintings were started during the Somerset Arts Week, September 2016, while working at The Bruton Art Factory, in a public gallery space. Hope, Shift and Bless carry with them a resonance for me, as do all the other words on the cards. Whenever I face my demons (as we all must!), be that depression, low self-esteem or lack of direction, a word or phrase will emerge in the final stage of the process, which embodies the entire journey. Yet beneath their freshness and immediacy lies the weight and depth of mountains climbed and demons confronted.

Shifting Perceptions is another idea that I often return to. When I first started to paint at City and Guilds, I wanted my work to change the perception of anyone who saw it. With time, I realised that I can only ever change my own perception. A perfect example of this would be the events of this last summer. I’d been preparing to start my residency at Recentre, when my mother was moved to a care home, which meant that I would be visiting her twice a day for five weeks, while my siblings were away. During those hours of sitting next to her, my original perspective – or story – of my childhood shifted from one lacking in love, to a childhood where I was, in fact, looked after as best as my mother knew how. And with this shift in my inner perception (and healing of old wounds) came a change in my experience of the outer world. Somehow, at the age of ninety-three, my mother was finally able to express her deep love for me, both when I was a child and now in the present. This notion that our inner perception and beliefs will often be mirrored externally is extremely resonant for me. It was only when I had completed the Heroes Journey canvases that I realised they were a tribute not only to the artists, musicians and writers that I love, but they were also a tribute to the journey that my mother and I have taken together.

These words are part of a wider conversation between the artist Sabrina Rowan Hamilton and the author Hattie Edmonds, whose most recent novel ‘The Spectacular Vision of Oskar Dunkelblick’ (published by RedDoor) deals with the themes of art and perception.